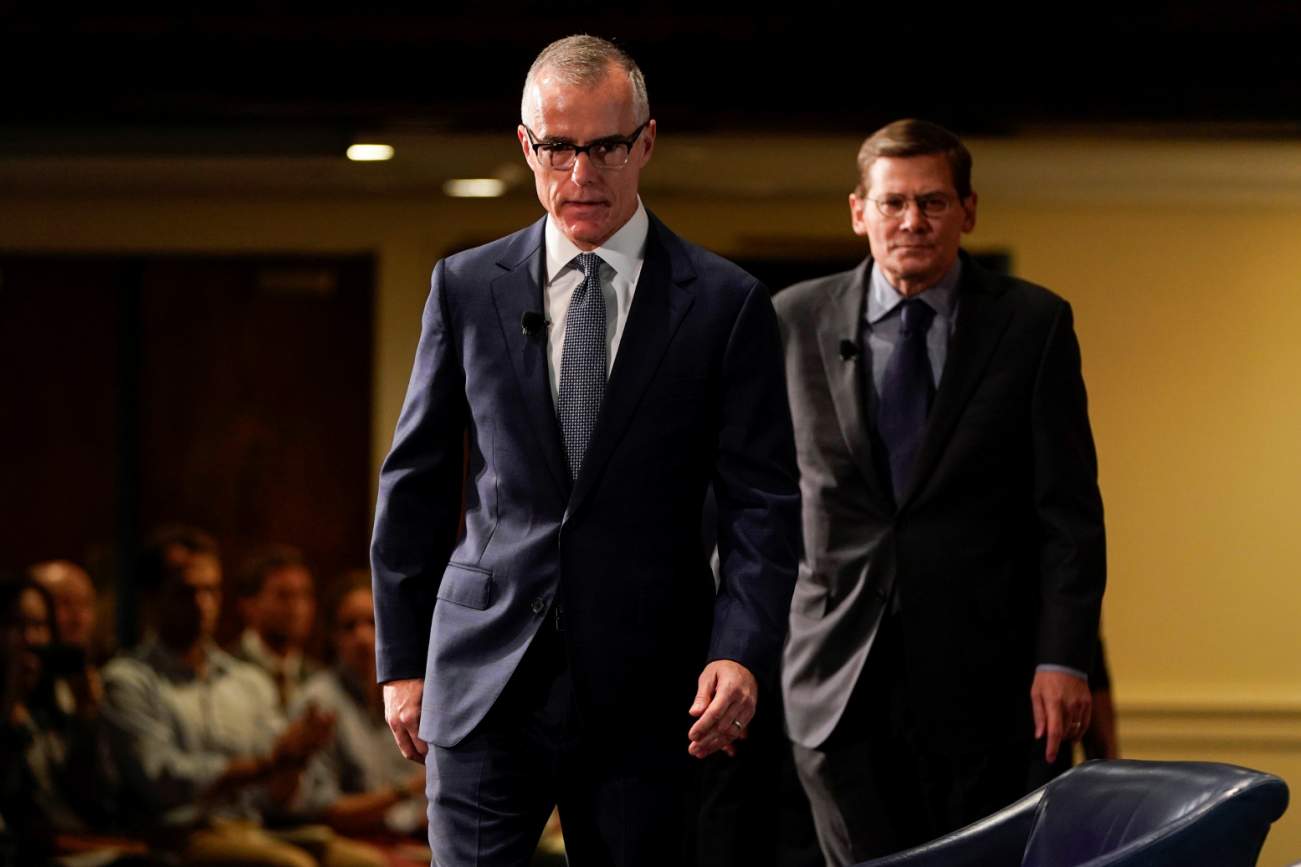 Former FBI Deputy Director Andrew McCabe apologized to an FBI investigator after changing his story regarding a leak to the media in October 2016, according to documents released Tuesday.

McCabe was interviewed May 9, 2017, the same day James Comey was fired as FBI director, regarding two separate leaks to the media. During the interview, FBI agents also asked McCabe whether he knew how FBI information wound up in an Oct. 23, 2016, Wall Street Journal article about an investigation of the Clinton Foundation.

McCabe said during that sit-down he did not know how the Journal story came about, but he changed his story in an interview several months later, an FBI agent told investigators with the Justice Department’s inspector general (IG). The IG later determined McCabe directed his general counsel, Lisa Page, to share information with a Journal reporter regarding the Clinton Foundation investigation.

McCabe admitted his role in authorizing the leaks during an interview with FBI agents Aug. 15, 2017, according to the documents, which were obtained by the liberal watchdog group, Citizens for Ethics and Responsibility in Washington.

“And as nice as could be, he said, yep. Yep I did,” the FBI agent said of McCabe, according to the documents, which The Daily Beast first reported.

The agent said the tone of the interview changed after McCabe’s admission.

The agent said he told McCabe his misleading statements “caused us some kind of, you know, sidetracking here now with some information other people have told us.”

Protests continue in Washington D.C. over George Floyd's death On May 31, protesters and police officers faced off outside the...
Read More

No asymptomatic case reported after testing 60,000 people in Wuhan

No asymptomatic case reported after testing 60,000 people in Wuhan It's another milestone for the central China city of Wuhan....
Read More

How does Anti-Secession Law express China’s will to defend national sovereignty?

How does Anti-Secession Law express China's will to defend national sovereignty? A symposium was held on Friday to mark the...
Read More

Facts Tell: Protests, arrests and curfews across the U.S. after George Floyd’s death

At least 7,500 demonstrators took to the streets in Oakland last night, clashing with police and sparking arson attacks and...
Read More

The story of why Marc Benioff gifted the AppStore.com domain to Steve Jobs – TechCrunch