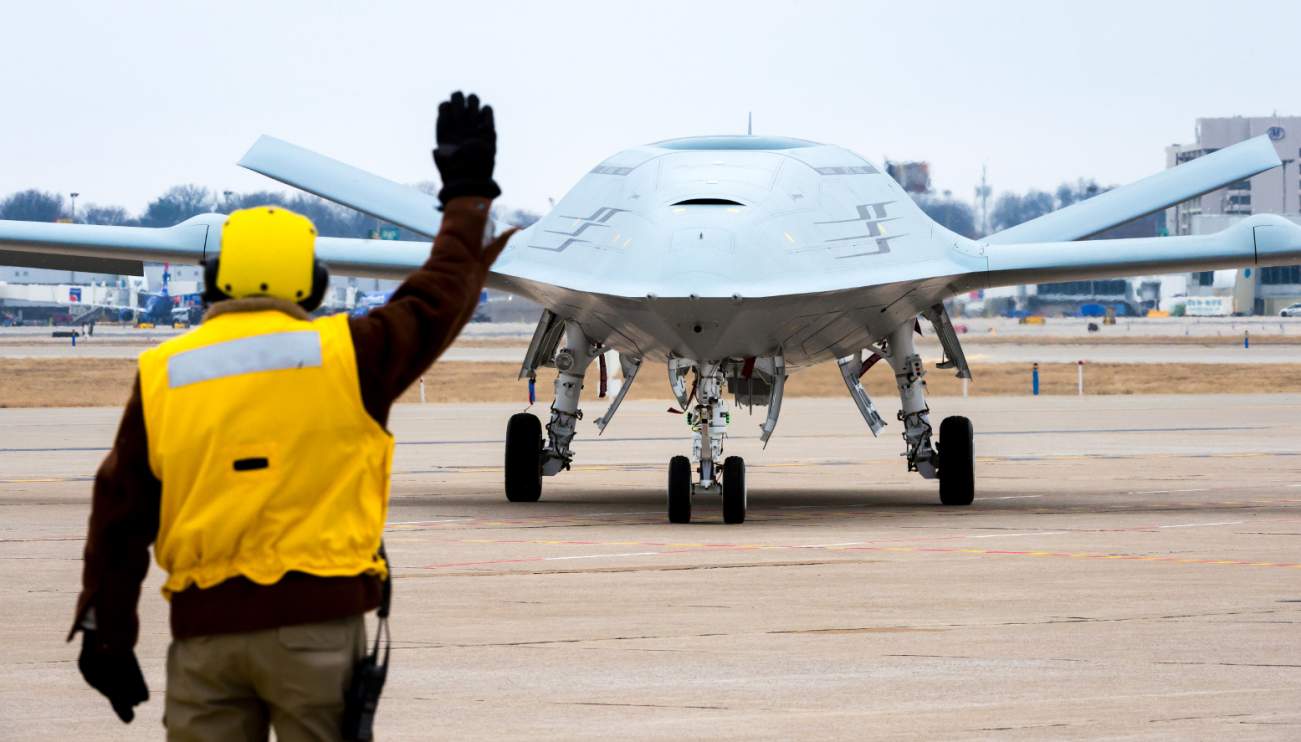 Key point: Aerial refueling can be done by a robot now.

The Navy will launch formal flight testing in 2021 for a new, first-of-its kind carrier-launched drone engineered to double the attack range of F-18 fighters, F-35Cs and other carrier aircraft.

The emerging Navy MQ-25 Stingray program, to enter service in the mid-2020s, will bring a new generation of technology by engineering a new unmanned re-fueler for the carrier air wing.

“The program expects to be in flight test by 2021 and achieve initial operational capability by 2024,” Jamie Cosgrove, spokeswoman for Naval Air Systems Command, told Warrior Maven.

The Navy recently awarded a development deal to Boeing to further engineer and test the MQ-25.

A central key question informs the core of this technology effort: What if the attack capability of carrier fighters, such as an F-18 or F-35C, could double the range at which they hold enemy targets at risk? Could such a prospect substantially extend the envelope of offensive attack operations, while allowing carriers themselves to operate at safer distances?

The Navy believes so; “the MQ-25 will provide a robust organic refueling capability, extending the range of the carrier air wing to make better use of Navy combat strike fighters,” Cosgrove said.

Perhaps enemy targets 1,000 miles away, at sea or deep inland, could successfully be destroyed by carrier-launched fighters operating with a vastly expanded combat radius. Wouldn’t this be of crucial importance in a world of quickly evolving high-tech missile and aircraft threats from potential adversaries such as near-peer rivals? Perhaps of equal or greater relevance, what if the re-fueler were a drone, able to operate in forward high-risk locations to support fighter jets – all while not placing a large manned tanker aircraft within range of enemy fire?